A natural health food distributor, Avena Originals, had a couple poor experiences with other developers before coming to us. A large existing system that was closely tied to their style of office operations but which had reached the limits of its capabilities needed to be rebuild and extended with many new features.

This back office system began by looking at their existing systems, their needs, and what software systems would work best for them in the future. Working closely with the client and meeting regularly to show progress and discuss the design, we (at time of writing) are building a system that is expected to surpass their expectations in quality and be exactly what they wanted because they are involved throughout. 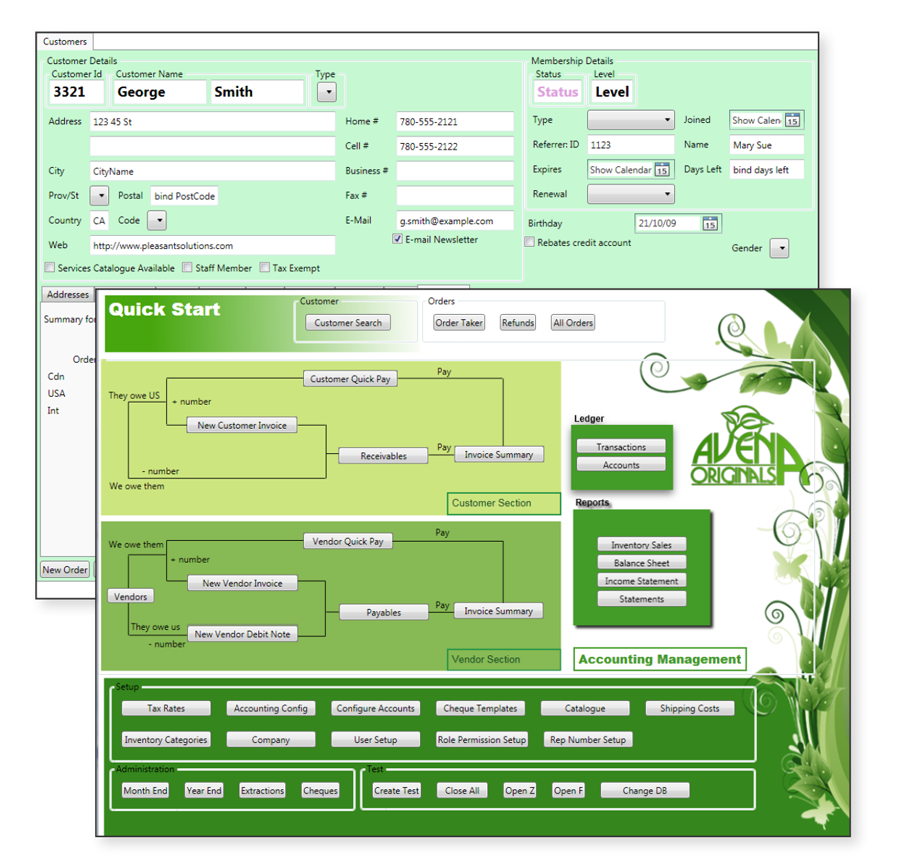 We can handle building very large and complex financial systems.