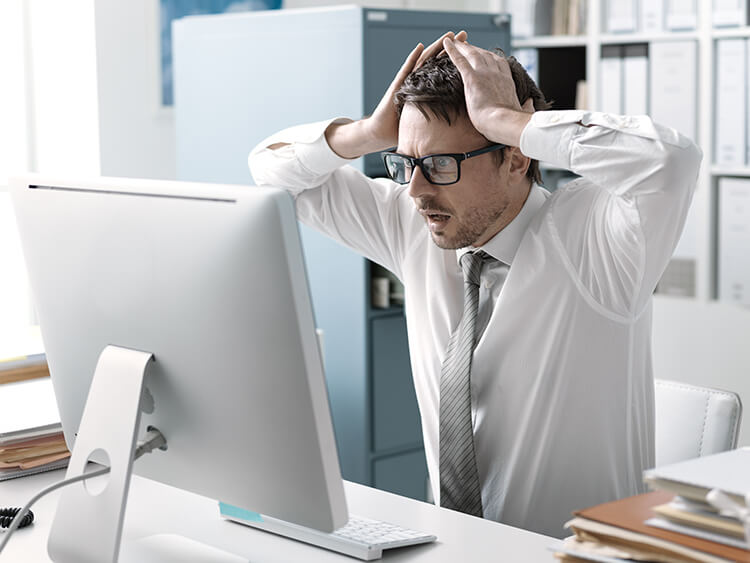 Pretty much anyone who has ever used Excel has a horror story or two to share—a misplaced decimal, a missing minus sign, a botched cut-and-paste, or some other minor blunder with potentially major consequences. If we’re lucky, we catch the mistakes ourselves. Sometimes, we can repair the resulting damage reasonably quickly and painlessly.

Sometimes, though, an innocent spreadsheet error can wreak havoc. It can cost a company millions, or even put lives at risk. In an earlier article, we mentioned five famous spreadsheet fiascos. Those five cases, while memorable, represent the mere tip of the iceberg. The internet abounds with cautionary tales that could keep any Excel user awake at night.

So, here are ten more of the world’s most memorable Excel disasters.

Here’s an Excel tidbit that will likely never impact your work. An Excel spreadsheet has a physical limit of precisely 1,048,576 rows. 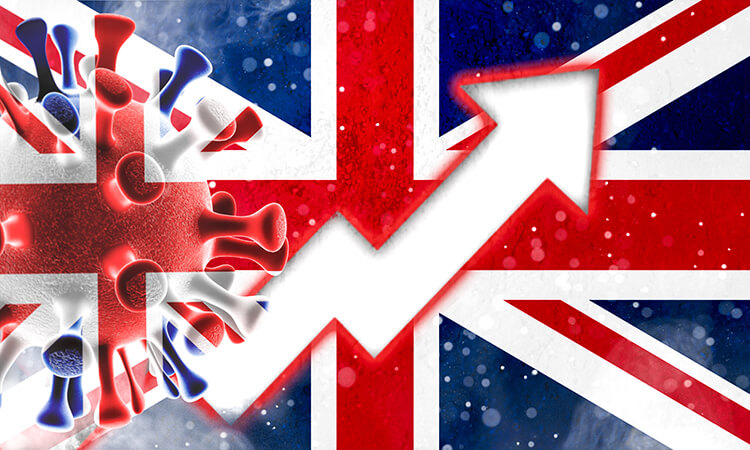 Chances are, that’s more than enough to handle your company’s monthly sales report (if not, can we come and work for you?). But, the limitation proved disastrous in the U.K. during the pandemic. Public Health England, the agency responsible for aggregating and publishing COVID-19 data, imported a massive CSV file from a private lab—and exceeded Excel’s size limit. As a result, thousands of records at the end of the file failed to import. Nearly 16,000 cases therefore went unreported, and as many as 50,000 potentially infected people were never warned to self-isolate.

These days, UK pharma giant AstraZeneca is best known as the corporate partner in the Oxford vaccine for COVID-19. Back in January 2012, however, the company’s press coverage was much less flattering. 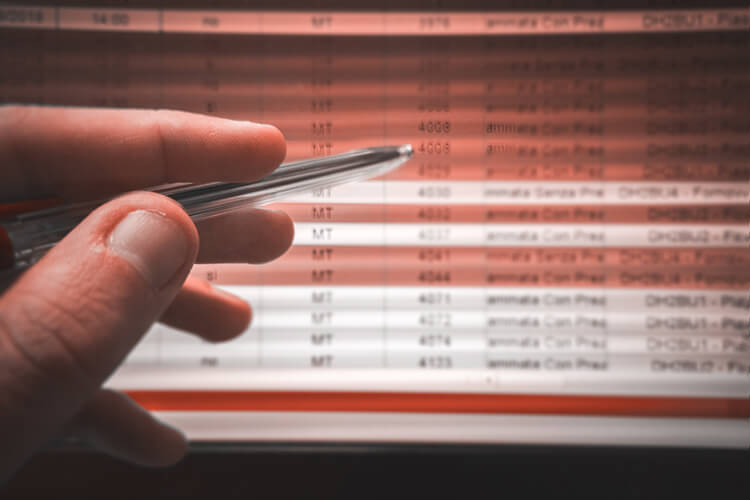 At the end of 2011, AstraZeneca sent its financial forecasts to a large list of analysts that subscribe to the company’s corporate updates. In creating the spreadsheet, however, some hapless employee used an Excel template embedded with confidential company information. In other words, highly sensitive corporate secrets were publicly exposed in a mass email.
It was a devastating blunder at the tail end of a difficult year for AstraZeneca. Luckily, thanks to the Oxford vaccine, their 2021 prospects are infinitely brighter. 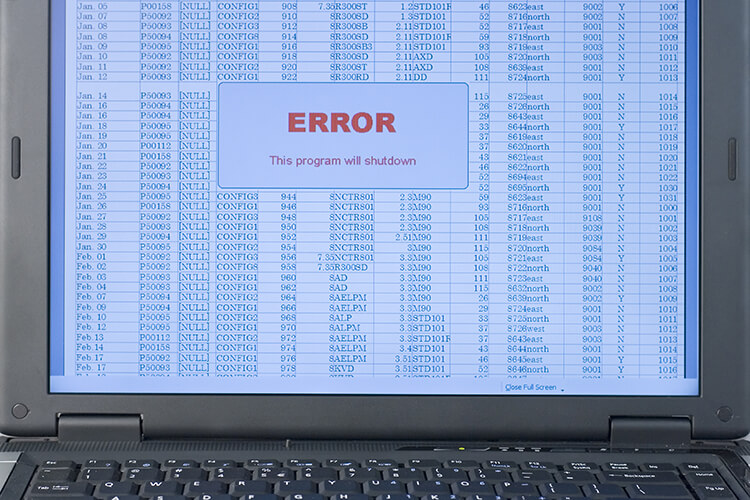 Unfortunately, one of those spreadsheets also incorporated a small but consequential error. By the time the company caught the error, it had already released financial results that in some cases were more than $1 billion out of whack.

2004 was already a tough year for the University of Toledo. The state of Ohio had already hit the institution with significant funding cuts. 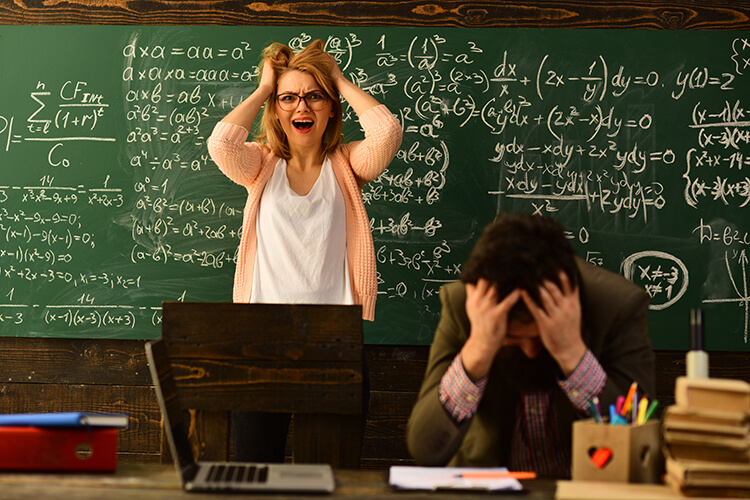 Then, things got worse. The university was projected to lose ten percent of its enrollment, but an employee made a mistake in a spreadsheet formula that instead showed an increase. Relying on that spreadsheet, officials overestimated tuition revenue by a whopping $2.4 million.

There is one bright side to the story, however. The university’s president said that the employee in question had an otherwise unblemished performance record, and that no job action would be taken.

5. RedEnvelope loses more than a quarter in share value thanks to budgeting error

Ecommerce site RedEnvelope saw its share value plummet by more than a quarter in a single day. Because of a spreadsheet error, the company had wildly overestimated its gross profit margins. They were instead forced to go public with a predicted loss for the quarter between $3 million and $3.5 million. 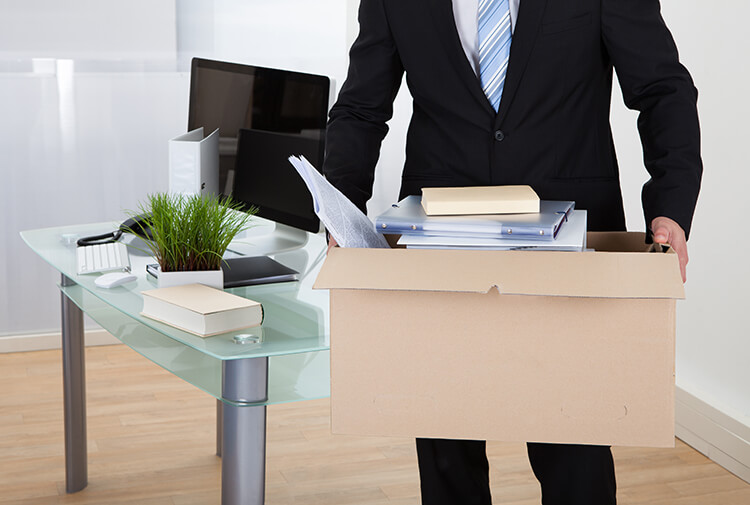 While the University of Toledo employee kept their job, the fallout at RedEnvelope was considerably messier. Its chief financial officer felt compelled to resign.

In 2005, a faulty spreadsheet caused Kodak’s severance pay figures to be off by $11 million. Amazingly, the error affected just a single employee. In a nice bit of corporate understatement, Kodak’s CFO attributed the error to “an internal control deficiency that constitutes a material weakness that impacted the accounting for restructurings.”

At the time, Kodak was losing over $1 billion per quarter—so, this $11 million mistake didn’t make much of a difference in the long run. 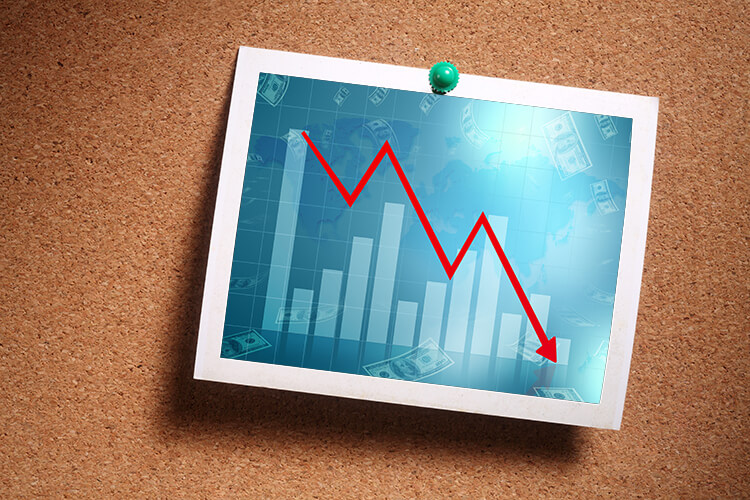 Emerson Construction Company was thrilled to be selected as the lowest bidder on a 2003 contract with the U.S. Army Corps of Engineers to build a barracks at Fort Hood, Texas.

Their excitement turned to dismay, however, when they realized their bid calculation somehow skipped a single cell—$3.7 million for electrical work.

The company got off easy, however, when the government allowed it to retroactively add the missing $3.7 million to their bid total. A rival contractor protested the fact that Emerson was allowed to correct its mistake, but the courts ruled in Emerson’s favor. Even with the addition of $3.7 million, their bid would still have come in lowest, if only barely. 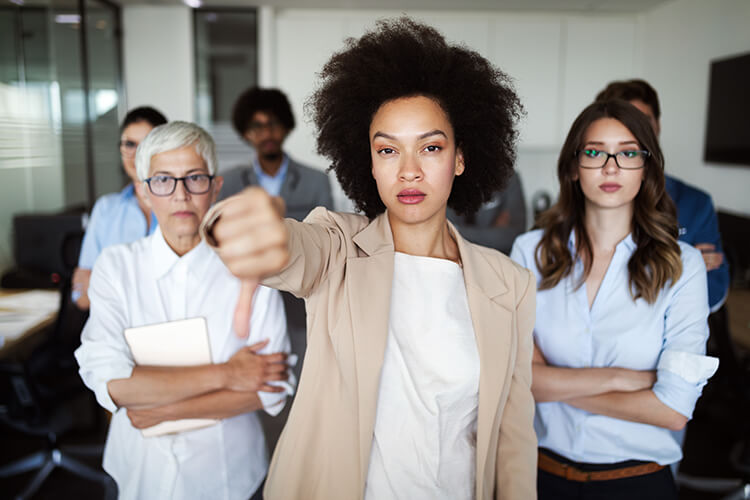 According to an old joke, “military intelligence” is a contradiction in terms. In 2011, British counter-intelligence service MI5 did their best to prove just that.

Because of a formatting error in one of its spreadsheets, MI5 mistakenly applied for user data on phone numbers ending in 000, instead of the actual three digits. As a result, the agency collected completely irrelevant data from 134 unsuspecting (and innocent) citizens. 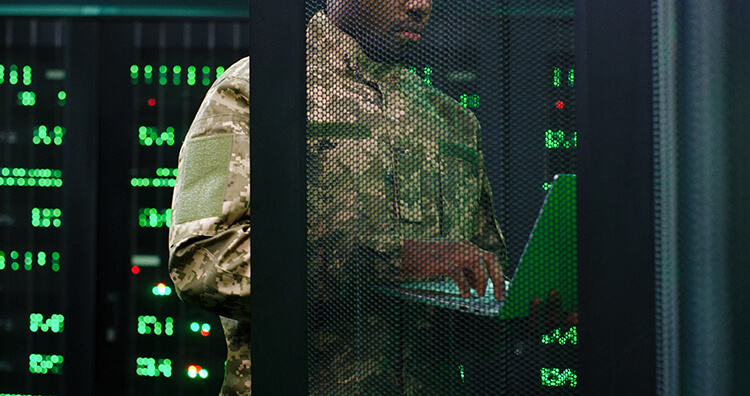 In reporting the blunder, MI5 assured the public that the data in question had since been destroyed. They also promised in future to manually proof-read all requests for user data. Unfortunately, during the same report, MI5 had to admit that 927 other data requests had been made without proper authorization.

Noted Harvard economist Carmen Reinhart and Ken Rogoff created a significant stir in 2010 when they presented a research paper entitled “Growth in a Time of Debt.”

At the time, the world was still reeling from the global economic meltdown of 2008. Reinhart-Rogoff shared their dismaying findings that economic growth slows dramatically whenever a country’s debt exceeds 90 percent of its GDP.

The paper proved extremely influential for the next three years, until a University of Massachusetts professor gave his graduate students an assignment: examine a published economics paper and try to replicate its contents. 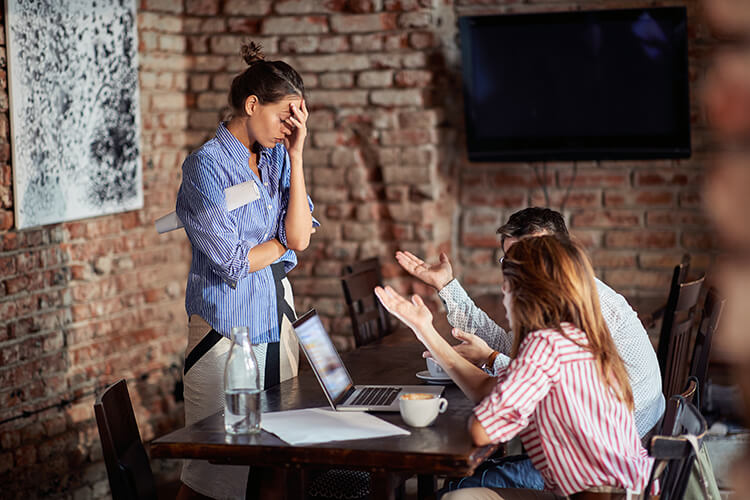 Student Thomas Herndon chose the Reinhart-Rogoff paper. After checking and rechecking his calculations, he told his professor he could not make the figures add up. Check again, he was told. After several more back-and-forths, the professor finally suspected something was amiss.

Sure enough, it turned out that Reinhart and Rogoff, in building their spreadsheet, somehow managed to include data from only 15 of the 20 key countries they had chosen. Once the other five countries were incorporated, the overall findings were far less dramatic.

In an official statement, Reinhart and Rogoff admitted, “It is sobering that such an error slipped into one of our papers despite our best efforts to be consistently careful.” When it comes to Excel, those are words to live by.

On November 1, 2005, Australian bank Westpac was poised to announce its greatest-ever 12-month profit: a whopping $2.818 billion. Not surprisingly, CEO David Morgan was feeling quite chipper. “I was in my office thinking what an enjoyable 48 hours I had ahead of me,” he recalled. 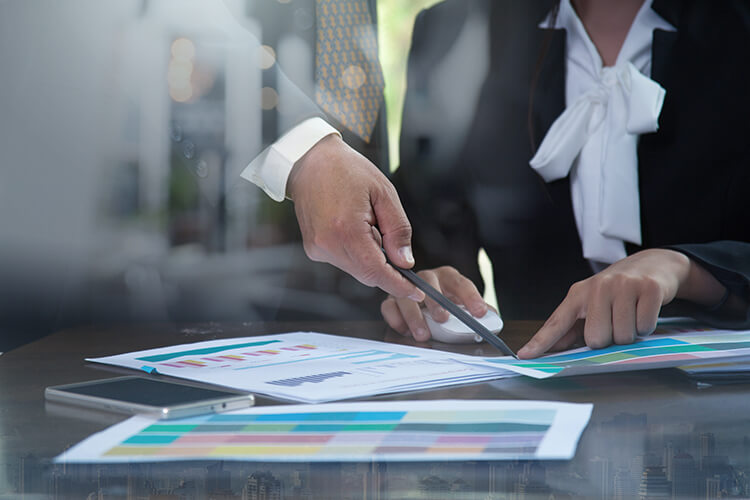 That afternoon, however, Morgan’s bubble burst. In preparation for the profit announcement, the company had sent an email to 37 analysts from seven brokerages, and had attached a spreadsheet outlining the previous year’s results. Unfortunately, details of the as-yet-secret profits were embedded in the template they used for the spreadsheet. Two of the analysts quickly contacted the bank to inform them of the blunder, but by then it was too late. The company was forced to halt trading on its shares and quickly pull together its profit announcement earlier than planned—while also admitting its mortifying mistake.

As we have seen, a seemingly insignificant Excel oversight can have shattering repercussions. While no system is completely foolproof, Webifier can help your company avoid many of the most common—and potentially costly—Excel pitfalls. Stop reusing templates, which may contain hidden (and sensitive) data. Streamline and refine your data collection workflows, to avoid cut-and-paste errors or other faulty inputs. If you already know Excel, you can create secure and elegant web apps in minutes with Webifier. Visit the website for full details! 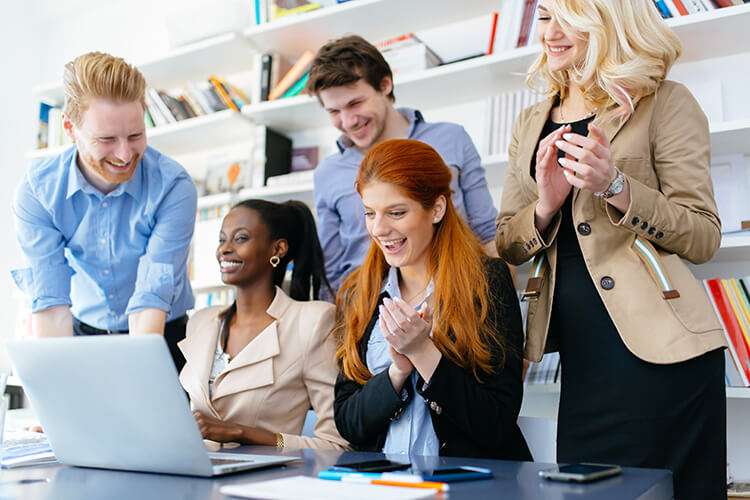